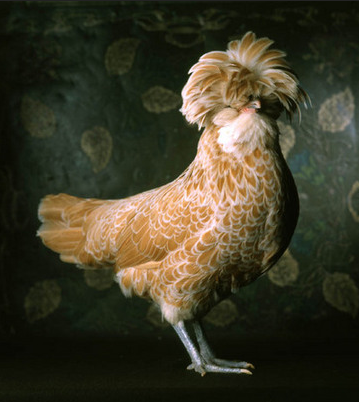 Let’s Hear It for Creative Reinvention!

And here I thought I was the creative reinvention queen. But these people in the United Kingdom have me beat by a mile! Maybe a zillion miles.

Folks in Cornwall, U.K. have created what has to be the world’s first and only Chicken Hotel. If you don’t believe me check out their website.

The website describes the luxurious accommodations. It reads, “All accommodation is on a full-board basis with all-you-can-eat buffet style meals for breakfast, lunch and dinner (including drinks). In the morning, as they exit their penthouse suites, our guests will be greeted by beautiful panoramic vistas of rolling green Cornish countryside.”

As if that’s not enough, chickens lucky enough to lodge at this chicken version of the Four Seasons can have their own Chicken Chauffeur, Visiting Butler, and Spa Services complete with pedicure, nose jobs and wing clipping. There’s even a Chicken Nursery!

This can’t have been anyone’s primary job, it has to have been someone’s incredible sense of reinvention humor!

My friend in D.C. (who has a fair amount of reinvention specialization herself) put me onto this story. I think she was googling around one day, looking for chicken stuff after she fell in love with Tammy Faye, an over-the-top chicken that lives with equally fancy feathered friends in a rose-covered chicken chateau along the Chesapeake River. Tammy Faye’s coop, or chicken chateau, even has a chandelier.

After Tammy Faye worked her magic, my D.C. friend began talking about keeping chickens on her deck in Dupont Circle. Now don’t you think the neighbors will applaud my friend’s ingenuity?

Once I met a man at the Fairs and Festivals convention in Las Vegas (now if you REALLY want to meet some intriguing people, go to that). This man had trained a bunch of chickens to play tic, tac, toe. He said his chickens had never been beaten. I asked what he did with unbeatable, tic, tac, toe-playing chickens? He said he leases them to casinos.

Never let it be said there isn’t a way!