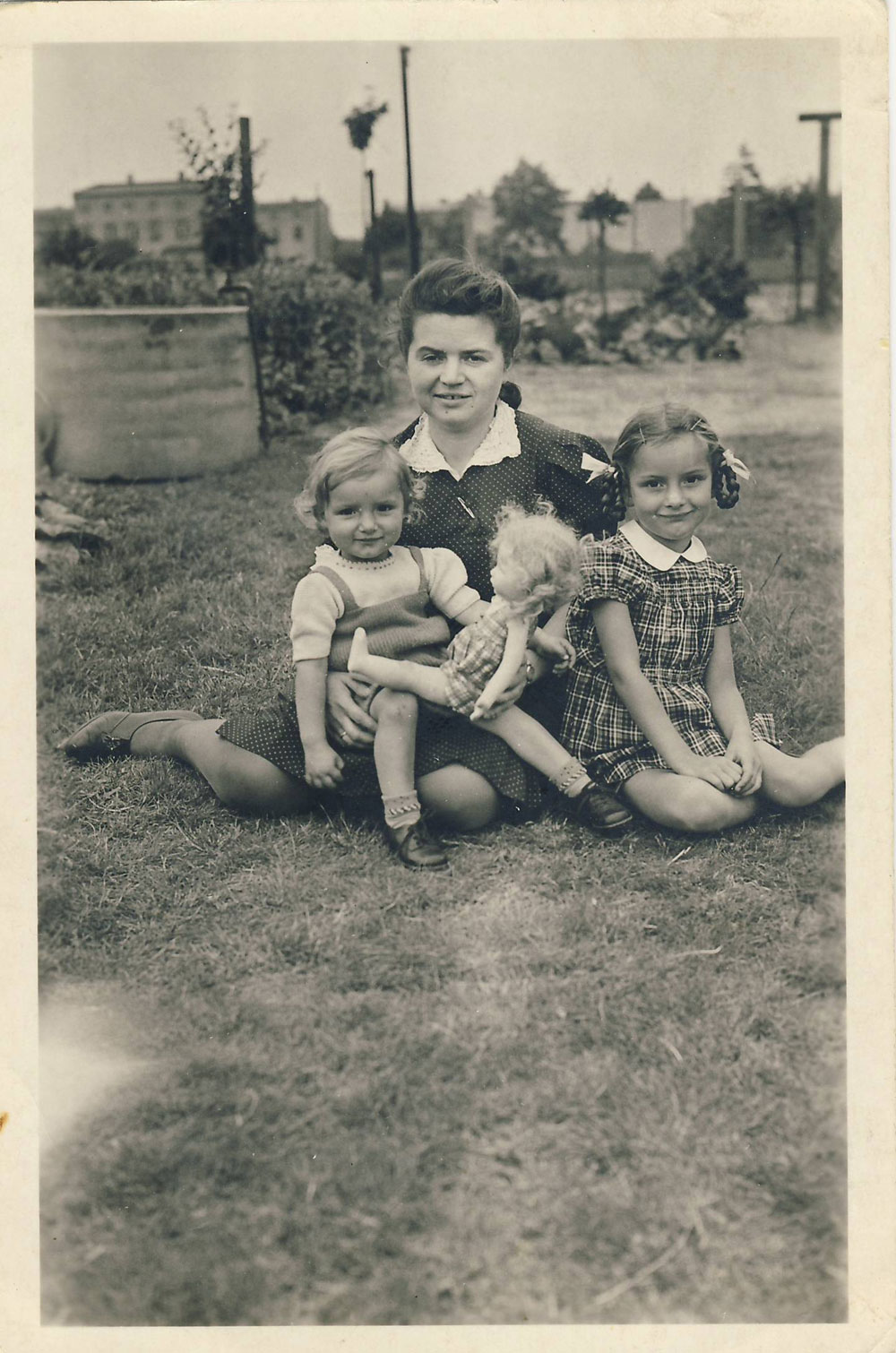 Testimony to the Human Spirit

As friends do when they haven’t seen each other for a long time, Kerston Schmidt and I couldn’t stop talking.  We were in the garden of Kerston’s beautiful new home, just south of Hamburg, Germany, hashing over everything that had happened over the last four years.  Kerston had a new home, new horse, new pony, and a new career.  I was writing a book.

“A book about what,” Kerston asked?   “My mother’s World War II experiences as a Red Cross girl in North Africa and Italy,” I explained.  “It was the most intensely meaningful time in her life.”

“I think it was that way for everyone who lived through World War II,” Kerston said.  “When we’re in Hannover with my parents I’ll ask my mum to tell you what happened to her family during the war.”

True to her word, over after-dinner brandies, Kerston told her parents about my book and asked if her mother would tell me her story.  With Kerston translating from German into English, Barbara told the following story of unimaginable courage.  Truly, a testimony to the human spirit. 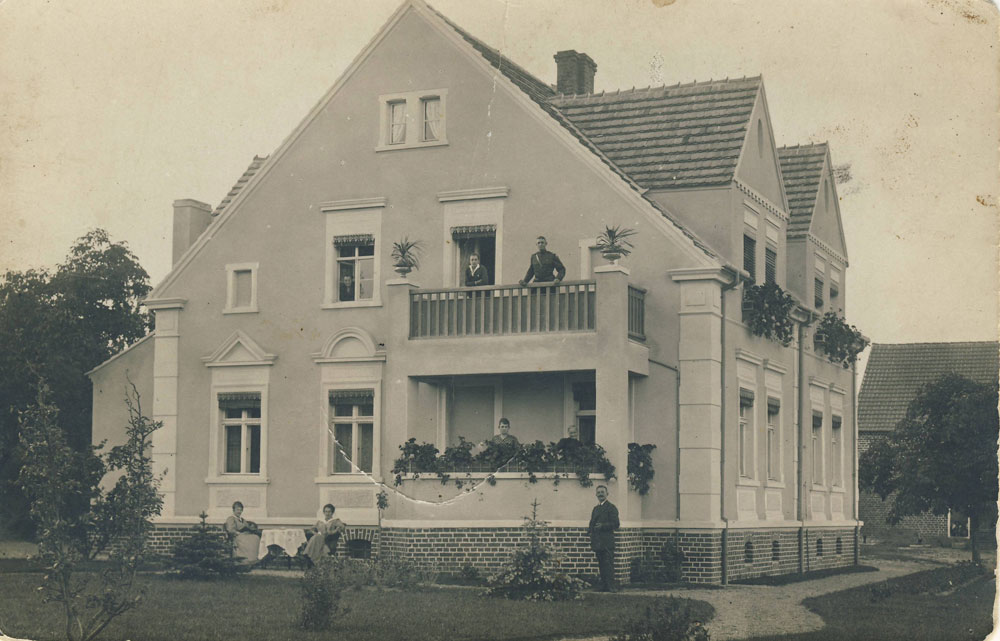 Barbara Krauss Schmidt began her story with, “My mother, Gerda Mielke, was born to privilege in 1909.  Her family lived in Forst, Germany, and owned a textile mill there.  When my mother was 19, she was introduced to a young man named Heinrich Krauss, whom she eventually married.”

Heinrich and Gerda made their home in Forst, and Heinrich went to work for his father-in-law’s textile business.  Their first child, Barbara, was born in 1938; her sister, Annette, followed in 1941.

When World War II began Heinrich was found medically unfit for service.  However his car was suitable and the army requisitioned it for their use.  That was the extent of the family’s involvement in the war until 1944, when Heinrich received a letter telling him to report for work at an aircraft company in Sorau, Germany, 40 miles from Forst. 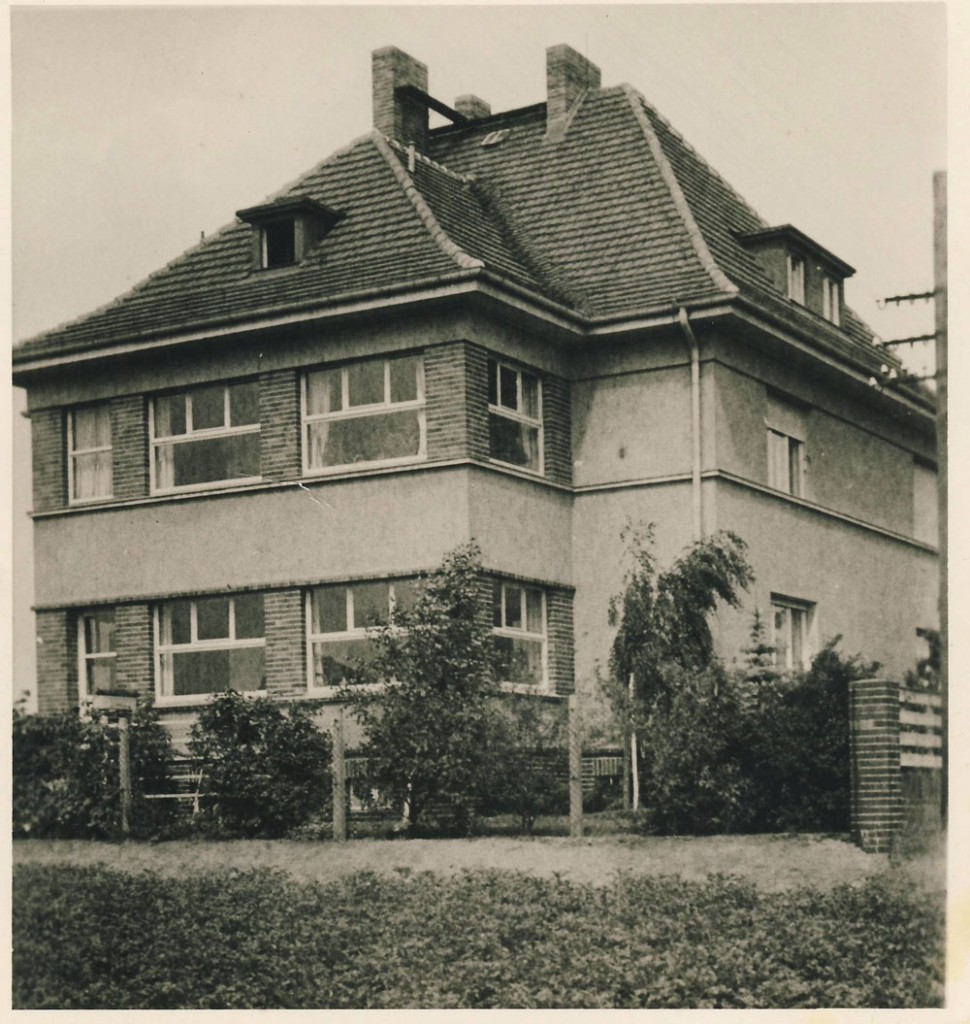 Without a car to make the daily commute, Heinrich lived in Sorau during the week and came home on weekends.  In the fall of 1944, news of the war became ominous for the people of Forst.  Radio reports warned the front line was advancing faster than anticipated and troops were heading in Forst’s direction.  Fearing that something may happen when Heinrich was away in Sorau, he and Gerda made contingency plans.  Should the family have to flee Forst, they would reunite in a northern Germany village where they had friends, or south, in the Bavarian town of Oberkotzau, where Heinrich’s cousin lived.

By February, 1945, things had gotten very bad.  When the town next to Forst was burned; Gerda knew she and the girls had to get out, and get out fast!  Barbara explained, “When my mother learned that friends in Forst were forming a ‘trek’ bound for Bavaria, she immediately went to their home and begged them to take us along.  The friends agreed but said we could bring nothing more than a handcart with our belongings.  I was seven-years-old, Annette was three-and-a-half.” 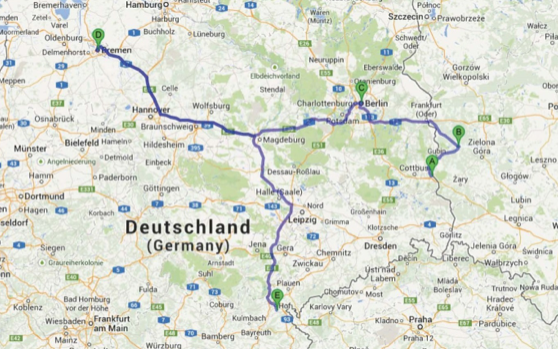 “We ran home, “ Barbara continued, “put on all the warm clothes we had, loaded the handcart with bedding, pots, food, photographs, some jewelry and money, and joined the 334-mile trek to Bavaria.  It took us three weeks to walk from Forst to Bavaria.  The winter weather was fearsome; we were all freezing, hungry, exhausted and beginning to lose hope.”

Barbara talked of  bombers flying overhead; of having to jump into ditches and lie face down in the freezing dirt, hoping they wouldn’t be killed.  Every night the group struggled to find shelter; they considered themselves lucky to find places where they could sleep on cold, bare floors.  One night a barn was found; with straw covering the floor.  This would be the first night there was something soft to sleep on.  Seeing it, three-year-old Annette said, “Look mummy, we’ll be like the baby Jesus, bedded down in straw.’”  Everyone began to cry.  The hopeful innocence of a small child amidst the frightening realities shook the adults to their core.

When Gerda and the girls arrived in Oberkotzau, Heinrich’s cousin agreed to take them in but offered only an unheated attic, nothing more.  No money, no food, no clothes…nothing.  “It was early March and terrible snowstorms raged,” Barbara remembered.  “We were cold, hungry and without  hope.  Three days after  we arrived my mother miscarried a baby.” 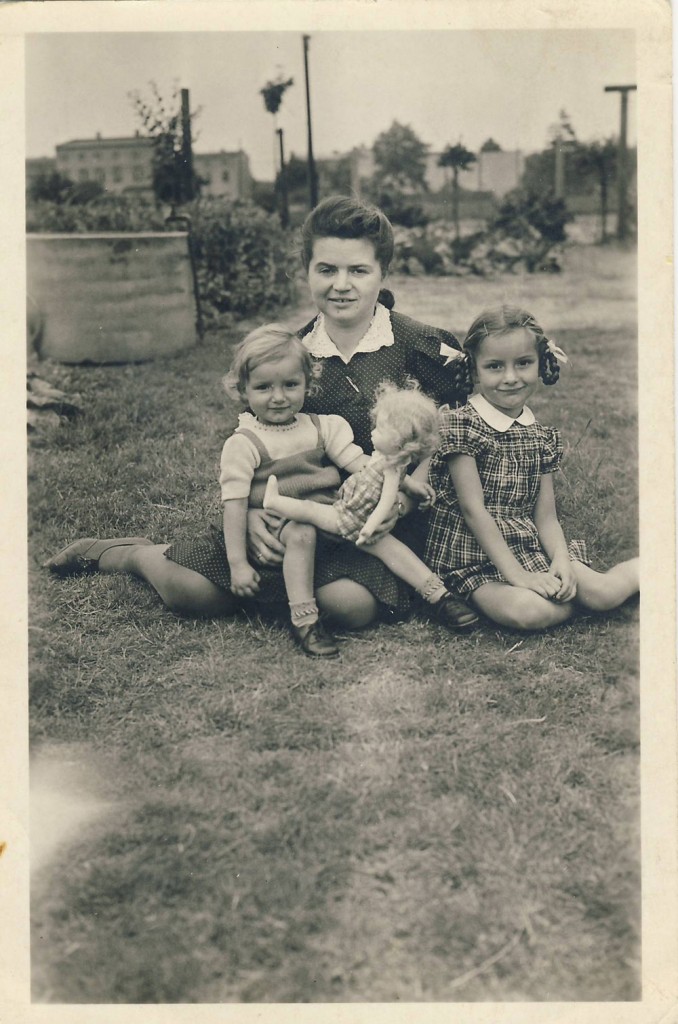 Just before the escape. Kerston’s grandma, mum, aunt and doll

Every day Gerda and the girls went to the forest looking for anything they could eat.  They dug for forgotten potatoes and gathered the few frozen berries clinging to their stems. They foraged for mushrooms and leaves they could boil for tea.  They collected firewood and made outdoor fires to warm themselves and cook what they had found.   All alone, they were  foreigners in their own country.

Several months after they arrived in Oberkotzau, Heinrich, a skeleton covered with the ulcerous skin of starvation, appeared at the attic door.  Not finding his family in northern Germany, he then walked to Oberkotzau.  He was without food, money and proper clothing to brave the winter storms.  Barbara remembered seeing her father at the door as one of the happiest days in their lives.

Life remained incredibly difficult, as Gerda explained in a letter to a friend that Barbara shared.  Gerda wrote, “This area is called Germany’s Siberia, not only because of the freezing weather but also the cold character of the people who live here. People’s attitudes toward us is hostile; we have made a few friends but we will never feel at home.  We live only for ourselves.  Every time we think God  has forgotten us there comes a little hope; maybe it’s a care package from friends or a little work for my husband.  Then we think if the Lord hasn’t left us yet He will continue to look after us.  The most important thing is that we are together.”

In April, 1945, the United States Army arrived in Oberkotzau.  The war was over.  Barbara remembers the American soldiers as good looking men with proper haircuts and neat uniforms.  But most of all she spoke of their kindness.  She said the soldiers were polite and helpful to the German people, and always had candy and bubble gum for the children.

I had heard these compliments about American soldiers before, from my mother.  In her letters from North Africa and Italy, where she served as a Red Cross girl, she wrote about people always telling her how kind and generous the American soldiers were.  Even when they, “borrowed,” children right out of their carriages and brought them to the Red Cross club for ice cream and cookies.  Frantic mothers close behind!

As Barbara drew her story to a close she said life had continued to be difficult for the family.  Their money was outdated and worthless, their home in Forst was gone.  With a stipend from the German government Gerda and Heinrich built a new home and the family began a new life in Oberkotzau.

I love the courage of this family.  Despite all odds they never gave up.  Even when they thought the worst was behind them but found themselves unwelcome in a relative’s home.  Strangers in their own country, with no one to help.  But they did it!  They survived, began again, and didn’t look back to a privileged life.  Being together, alive, with a roof over their heads and food on the table was what mattered.  The sun comes up tomorrow.