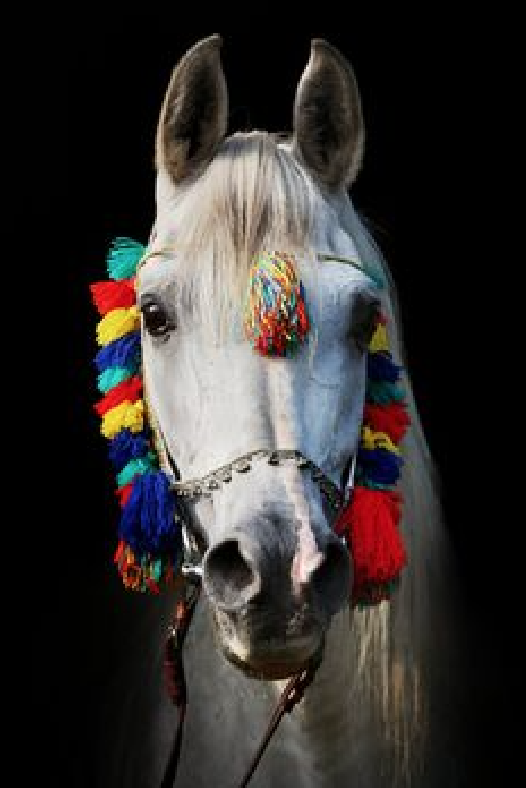 Horse lovers in St. Louis wanted to host an equestrian theatrical show; which is why they called.  Delightedly I said, “Of course.  What are the dates and how much do you have to spend?”

There was only enough in the budget for one professional act; I would have to create the rest of the show using local talent.  “We have a lot of good horsemen here in the St. Louis arena, you won’t be disappointed,” committee members promised.

I wasn’t, but I did have my work cut out for me.  There’s a difference between a good horseman and a performing artist.  A big difference.

The first day of rehearsal was grueling.  People’s brains had to be rotated 360-degrees to not think of “horse show” as win-a-ribbon, but as “horse SHOW,” where big, bold and outrageous is the ribbon.

A young trainer named Rick, with a great attitude and a gorgeous horse, had the hardest time letting loose.  He just couldn’t get it; wasn’t in his DNA not to ride the rail and come into the center.  Out of desperation I finally jumped down into the arena and said, “Follow me Rick, and do exactly what I do.”

The next day Rick hit that arena, his horse covered in silver glitter and colorful tassels, and rode the hide off of him.  I was so excited I gushed into the microphone, “Oh Rick, YES, YES, YES!  You got it!  That was fantastic!  Fabulous!  You don’t have to do it again!”

With that a cheeky Paso Fino trainer ran into the arena shouting, “I’m next!  I’m next!”  Unbeknownst to me the mic wasn’t just wired into the arena, it was wired throughout the entire barn complex!

When the guffaws and catcalls finally died down another guy (who was a friend of mine) rode into the arena and shouted, “Hey Kathie, I’ve been hearing about you all day.”

“Yeah, I guess you told a reporter with the St. Louis newspaper that to pull a show like this together you just have to massage it.”

With a big grin on his face he continued, “Well, they published the interview in the paper and included your picture.  Under the picture they put your last name (Cox) and the caption, ‘You just have to massage it.’  Well, someone sent it in to our local radio ‘shock jock,’”  said my buddy stifling his own laughter.  “He and his sidekick have been talking about you all morning!  Stuff like, ‘What do you think Ms. Cox is doing right now?’ ‘Oh, I don’t know,’ says the sidekick, ‘she’s probably just massaging it.’”