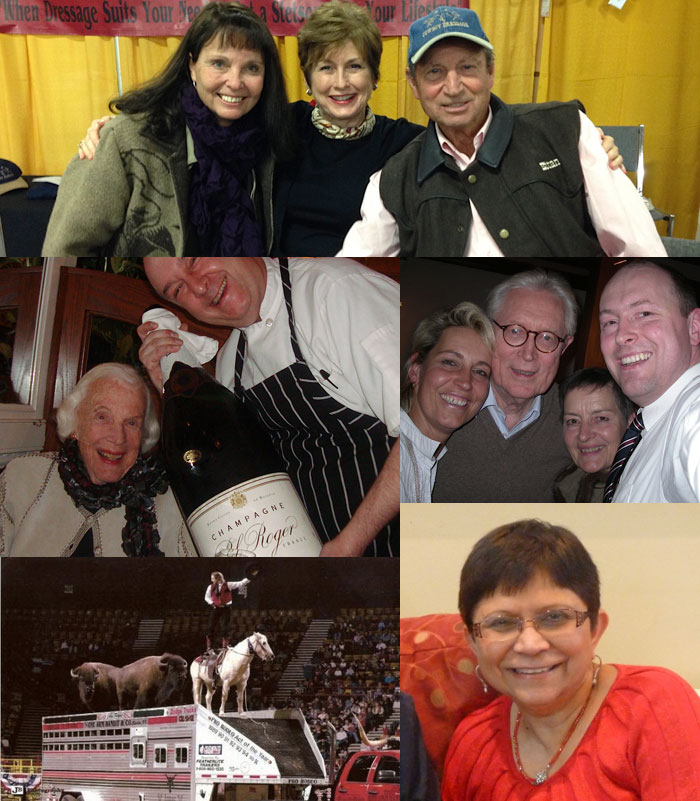 I love people with pizzazz; I love their stories and I love sharing them with others.  Everyone I’ll be telling about in the upcoming posts are friends who inspire me.  They’re people who define the word pizzazz, people of uncommon style.

To me, people with style are those with the confidence, courage and carriage that trumpets, “I can do this!”  They’re the optimists, realists, problem solvers and risk takers.  The ones who’ve cried, cringed, changed course as many times as they had to; summoned the courage and bucked up, over and over again.

In the days to come I’ll share the stories of a most interesting group of people.  People with pizzazz to spare; hopefully they’ll inspire you.  Here’s a snapshot of them:

Travel their journeys with me as we begin:  Once upon a time there were people just like you and me who did the most amazing things.

Kathie (middle top row) with some of the people who have inspired her for this new series.