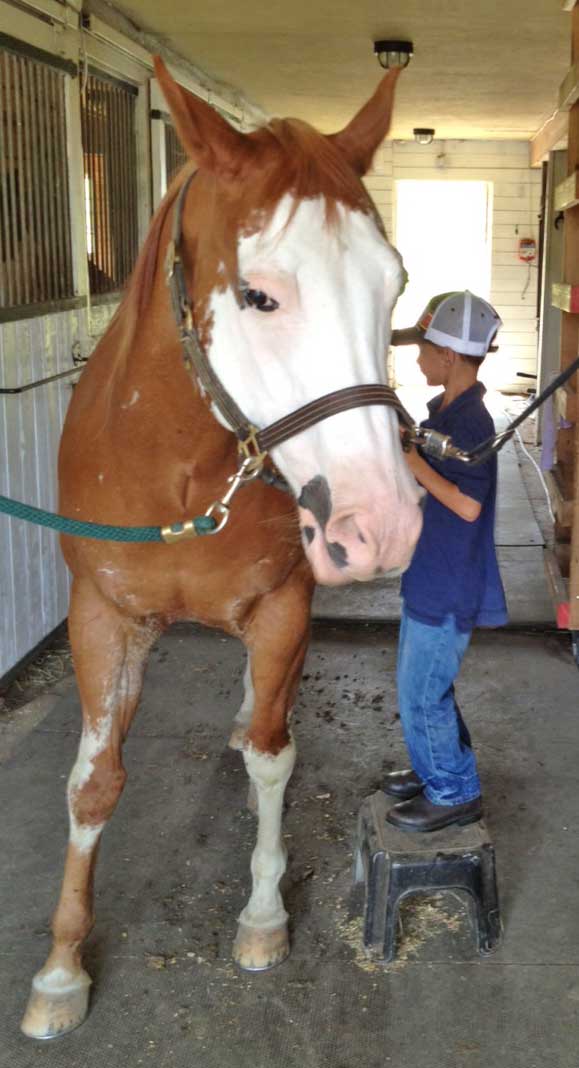 When The Horse Bug Bites 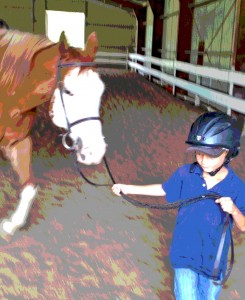 When I was nearly seven I, too, began a Horse Fund. My parents had told me, a horse-crazy kid, that I could have a horse when I could afford to buy it myself. I’m not sure Trevor got the same message, he and his family live in the city of Toronto, but he seems to be a horse-crazy kid in the making.

“Prepare yourself,” I told my daughter, “remember, I was ten when I bought my first horse.” I had begun earning money and saving for a horse ever since my first riding lesson at age six. I pulled weeds, ran errands, sold Christmas cards, and kept an envelope taped to my bedroom door with “Horse Fund Donations” written in big letters.

Kindly babysitters, visitors, grandparents and parents donated to the Horse Fund over the years. And I had some ingenious ideas such as surreptitiously placing a tin can on my bed with a sign that read: “Coats, $1.00; Hats, 50 cents.” When my parents entertained people always put their coats and hats on my bed. To my delight, people paid! However, when a departing guest laughingly said the coat check fees at our house were a little steep the cat was out of the bag.

It took four years but by the time I was ten, there was $75.00 in the Horse Fund. Surely that was enough to buy a horse. Every Saturday I looked in the classified ads to see if there was a horse for sale. Always lots of kittens and puppies but never a horse. Until  my luck changed.
It was a beautiful spring Saturday. As usual I was in front of the television watching my favorite shows, Fury and My Friend Flicka, with the classified section of the newspaper in my hands. Because it was such a beautiful day my parents thought they’d work on the yard, sow some grass seed, plant flowers. Knowing I wouldn’t budge from the television for the next hour they told me they were going to the nearby Farm Bureau to pick up grass seed and some plants. “We’ll be right back,” my mother said as she waved goodbye.

Goldie Has a New Home 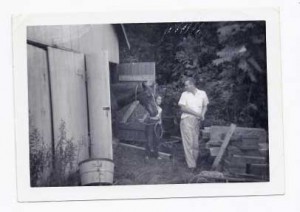 Goldie, the day she arrived.

By the time they got home, which was in less than an hour, I had bought a horse, over the phone, for $75.00. Not only had I bought a horse, I had called Mrs. Viau, my favorite babysitter to ask if I could still put a horse in her barn? Mrs. Viau always donated to the Horse Fund and told me when I got a horse, she had the barn. Next I called the riding stable and asked if someone with a horse trailer would come with us to pick up my new horse. I also asked if the vet was there and if he could come too. You see, I had been planning this for four years, and asking everyone at the barn what I had to do when I found a horse.

The shock on my parents’ faces matched the excitement on mine! What else could they do but drive me across town to meet my “team” and pick up the horse? After all, they had told me when I had the money I could have the horse. I just don’t think they ever thought it would happen.

When we finally arrived at the address I had been given, there was an elderly couple holding what I thought was the most beautiful horse I had ever seen. Her name was Goldie and she was a very old Saddlebred mare. Her ribs showed through her chestnut coat but Goldie was kind and gentle. The vet said there wasn’t anything wrong with her that a little feed wouldn’t fix.

I think that old mare sensed how much she was loved as she loaded right up in the trailer. I got to ride in the truck and couldn’t stop looking back at her; big, gentle eyes looking back at me. On my lap were Goldie’s saddle and bridle.

For years Goldie and I rode the Hamilton County trails together. Me in the old cavalry saddle, lunch tied to one of its rings. We’d be gone all day, riding with other kids who had horses, exploring every inch of the trail system. About the time my parents thought I should be heading home they’d drive to the spot where the road paralleled a trail. There we’d be, me asleep in the saddle, old Goldie heading for home.

I wish the same joy for Trevor. May everyone buy lemonade…lots of lemonade!

Trevor has been bitten by the horse bug. 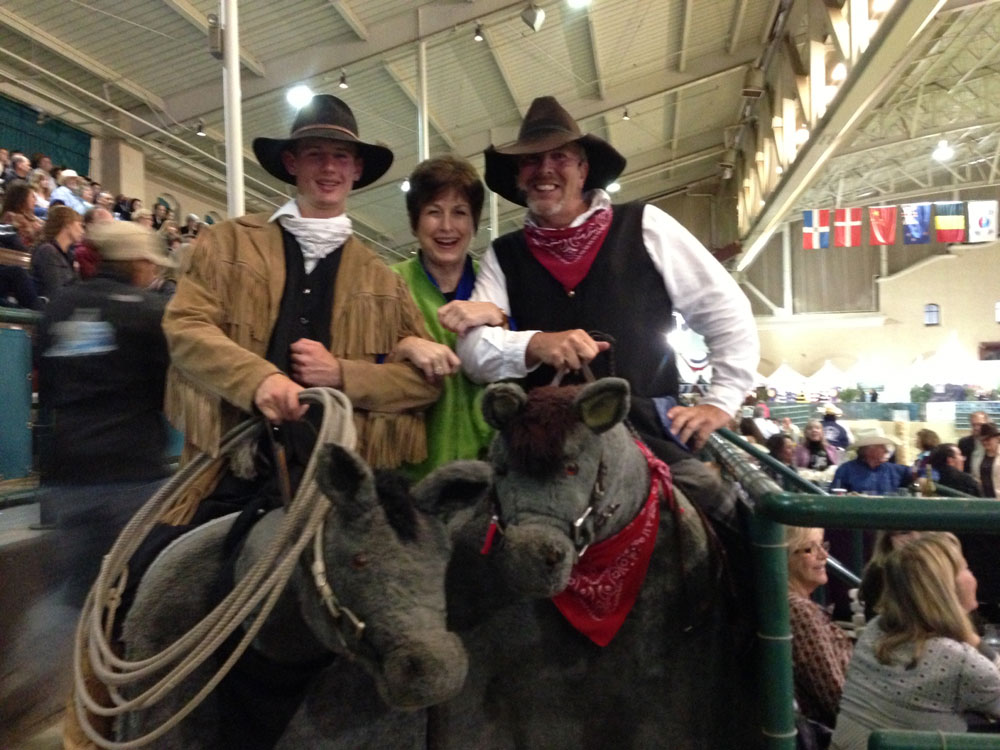 Not Fun? Not Hardly!

Now come on, who’s going to tell me the horse business isn’t fun?

How many folks in, “the real world,” hang out with people known as Hole in the Wall Gang and the, “biggest little cowboys on the Old West trail?” And, I’d like to know how many of you real world people have friends who put buffalo on top of a stock trailer and drive off! 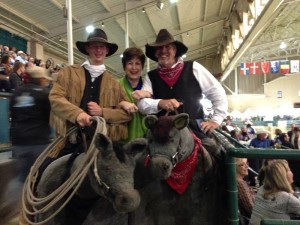 Yep! “Fables of the West” is a comedy team (often referred to as ‘the little cowboys on the little horses’) has, in just eleven years time, performed at over 600 fairs and events (in their entirety) from Alaska to Florida to Texas to their home state of California. They have opened up concerts for many of the top recording artists in the business including Lonestar and Kenny Chesney, and have appeared on The Tonight Show with Jay Leno.

And just what is it these ‘Fables’ cowboys do? “Its high energy and interactive, and we try to involve fair guests by literally making them the main focus of the show”, says Ken McMeans, owner and founder of the Fables team. The group is actually labeled as a ‘strolling grounds act’- never really having a specific show time nor needing (or wanting) to be on a stage (“too far away from the crowd,” says Ken). “I guess I should give some credit to the horses we ride (‘faux’ Muppet-like miniatures), though they seem to sometimes steal our thunder.” Each year, Fables Of The West continues to rank as one of the most booked touring acts in North America each year and is considered by many to be the top grounds act in the nation. Ken says that every show is different and fresh, because, after all, the majority of it is improv. “We mostly make it up on the spot as we go along.”

“The One Armed Bandit”

….is often busier than a one armed wall paper hanger – wait, I mean…..well, he’s busy. He rides a mule and gets his sometimes recalcitrant buffalos to hop up on top of their trailer in front of amazed and amused crowds from coast to coast.

They call themselves “The Hole in the Wall Gang” and what they do is reenact a western shoot out at full speed.

Wonderful co-creators of amazing equine-world live shows one and all! 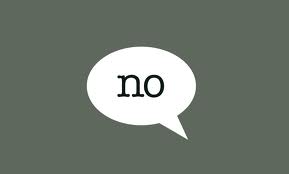 When Did “No” Become a Dirty Word?

What’s going on here? Why are people afraid to say, “NO,” when their boundaries are being trampled or they simply don’t want to do what’s being asked of them? If you don’t want to do something, or if someone is taking advantage of you, follow Nancy Reagan’s advice and, “Just say NO!”

In the last week I’ve had conversations with two, truly good, people who were taking in all sorts of bad energy from others who had totally self serving agendas. And the good people were the ones who felt guilty! Both asked me if they were, “being mean,” or “unfair.” They weren’t.

It’s as though the word, “no,” has become akin to something your mother would wash your mouth out for saying. 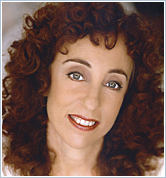 I heard Dr. Judith Orloff speak at the Celebrate Your Life conference in Phoenix a year ago. Dr. Orloff is an Assistant Clinical Professor of Psychiatry at UCLA, who teaches, writes about and counsels patients to find emotional freedom. She passionately believes that everyone has the power to transform negative emotions and achieve inner peace. One of the statements Dr. Orloff made at the conference was, “No is a complete sentence.”

Don’t you love that? How perfectly simple. Saying no is your right; saying it politely is good manners.

Please embrace your right to not be taken advantage of, it’s such bad karma. I believe in helping others whenever possible but when greed masquerades as need, I believe in taking care of yourself. And not feeling guilty about it!

Taking care of yourself and getting what you want out of life are subjects I’m passionate about. I speak about them as a professional speaker, and as one who has done it. You can too, just say, “no,” when it’s the right thing to do. Trust me, it’s not a dirty word!